We now analyze an example of calculation the one-dimensional heat flow, (in an only direction, the edges are hypothetically isolated) to static regime through the layer of the termal interface material.

The thermal resistance is calculated by the following equation: 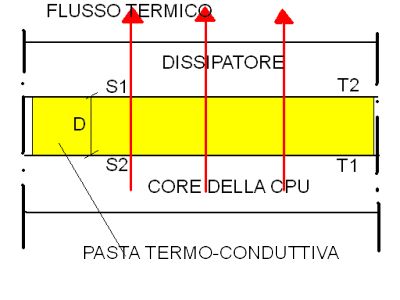 FIGURE 2.
(The mechanism of the conduction of the heat).